6th International Conference on Nanomaterials, Nanodevices, Fabrication and Characterization (ICNNFC 2021)
Due to COVID'19 pandemic it will be done VIRTUALLY

The keynote speakers for  6th International Conference on Nanomaterials, Nanodevices, Fabrication and Characterization (ICNNFC 2021) will be announced shortly! Thank you for your patience.: 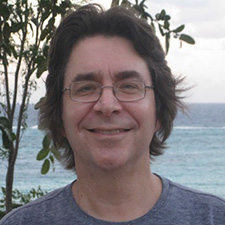 Ian Manners is Canadian and British. He was born in London, England and, after receiving his B.Sc. and Ph.D. in the UK he conducted postdoctoral work in Germany and then in the USA. He joined the University of Toronto, Canada as an Assistant Professor in 1990 and was promoted to Full Professor in 1995 and was made a Canada Research Chair in 2001. In 2006 he returned to the UK to take up a Chair at the University of Bristol in Inorganic, Macromolecular and Materials Chemistry supported by an EU Marie Curie Chair. In 2018 he was awarded a Canada 150 Research Chair at the University of Victoria, Canada on Vancouver Island where he has set up a new research group.

Ian’s research interests broadly focus on synthetic problems at molecular, macromolecular, and longer length scales. His current research projects include: catalytic main group chemistry and main group polymers, functional metallopolymers, crystallization-driven self-assembly of polymers, and nanoelectronics, catalysis, and nanomedicine with soft materials. He is the recipient of a wide range of national and international awards including a Alfred P. Sloan Fellowship (from the US), the Steacie Prize (from Canada), the RSC Award in Main Group Chemistry, and a Humboldt Research Award from Germany. Most recently he received the RSC de Gennes Prize (2017) and a 1000 Talents Award from China (2018) to support a Distinguished Visiting Professorship and satellite lab at Shanghai Jiao Tong University.

Ian’s work is documented in ca. 750 career publications and 4 books and has been presented in ca. 560 invited lectures worldwide. He is an elected member of both the Canadian and the British National Academies of Science.

Dr. Dongyang Li is a Professor at Dept. of Chemical & Materials Eng., University of Alberta. His interests of research include materials design, nano-materials, wear and corrosion, and computational materials science. Dr. Li is on the editorial board for eighteen technical journals and is the recipient of MetSoc 2020 Distinguished Materials Scientist Award in recognition as a renowned scientist and innovative researcher in tribo-materials (The Metallurgy and Materials Society). Dr. Li has in excess of 370 technical publications, including more than 330 journal publications. He is an invited contributor for authoritative handbooks (Elsevier, Springer, and ASM International). Dr. Li is a Fellow of the Institute of Materials, Minerals & Mining (FMMM) and a Fellow of the Institute of Physics (FInstP).

Topic of Keynote: Explore the Application of Electron Work Function in Material Design towards “Electronic Metallurgy”